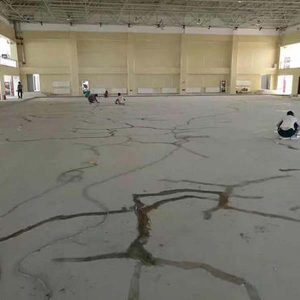 Firstly, concrete and formwork plays an important role in the pouring, curing and hardening process. Due to the hydration of cement, a large amount of water is heated, the temperature difference between the inside and outside of the concrete structure is big, and the expansion is uneven, resulting in tensile stress on the surface and compressive stress inside. When the force difference between the two is too large, the tensile stress exceeds the compressive stress, it creates a crack;

secondly, early removal of formwork or winter construction occurs cracks. When the vibration-free concrete is poured, the cement hydration heat is too high, and when the component surface temperature is uneven in the cement water during the transformation process, temperature shrinkage will be caused. The shrinkage will be affected internally, and a large tensile stress will be formed on the concrete surface. When this kind of force is formed to a certain extent, cracks are formed on the surface of the concrete, and under the influence of temperature, the mass concrete is more prominent. 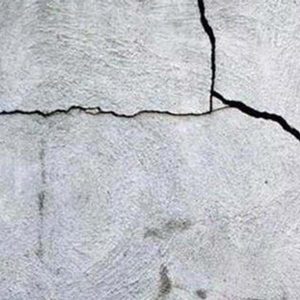 1.4 Impact of concrete itself

There are two types of cracks caused by chemical reactions: alkali aggregate reaction cracks and steel corrosion cracks. In terms of construction, cracks can be caused by many reasons, such as formwork, support deformation, and concrete manufacturing processes. Later maintenance is also very important. Therefore, the generation and extension of cracks may have some relationship with the inherent characteristics of concrete and various construction factors. The development of the same crack is often caused by multiple reasons.