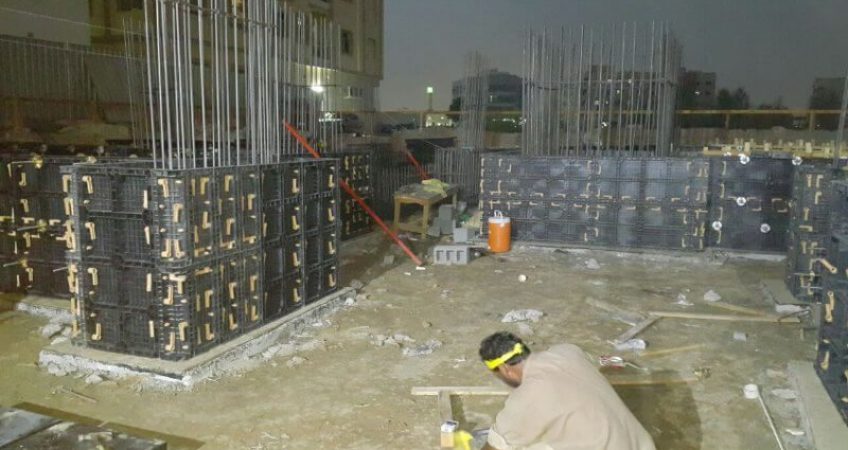 Of all the construction materials used today, concrete is one of the most resistant to fire. This fire resistance insulated Building Concrete Form, gives the house important safety advantages over traditional wood frame structures. Unlike wood, concrete cannot burn; and unlike steel, it won’t soften or bend. Concrete will only break down at temperatures of thousands of degrees Fahrenheit, which is far hotter than the temperature of a typical house fire.

Fire Resistant Concrete Forms:
Fire resistance is rated in hours, how many hours a wall can endure temperatures of 2000° Fahrenheit. In independent fire-wall tests, it was found that a typical wood frame wall will collapse in an hour; whereas ICF walls will last for up to four hours. The insulated concrete form (ICF) construction, integrated concrete forms made of hollow expanded polystyrene (EPS) blocks, Shuttering Panels are stacked up (they snap together like Lego toys), steel rebar is placed inside them and concrete is poured into them. When the concrete sets, the original foam forms become an insulating layer on the inside of the house, and a surface to attach siding or stucco on the outside.

Comparing Fire Resistant With Concrete & Wood Walls:
Besides being four times more fire resistant than wood, concrete walls also resist the passage of fire from one side of a wall to another better than wood that is of particular interest in areas where brush fires can spread indoors. In fire-wall tests to measure the passage of heat and fire through a wall, ICF walls did not permit flames to pass through directly and they did not permit enough heat to build up on the cool side to ignite a fire. Wood walls, on the other hand, permitted both flames to pass through in under an hour. Since the EPS foams used to make an insulated Building Concrete Forms are manufactured with flame retardant additives, the foam can’t burn by itself. If you touch a match to the foam, it just melts away.

ICF Walls Provides More Safety:
While all organic materials give off emissions when subjected to flame or intense heat, it has been proven that the emissions from EPS foams are not more toxic than the emissions from burning wood. All scientific evidence has shown that ICF walls are far safer in a fire than wood frame. Moreover, in areas prone to tornadoes or hurricanes, ICF integrated construction is far and away more durable and safer than wood.